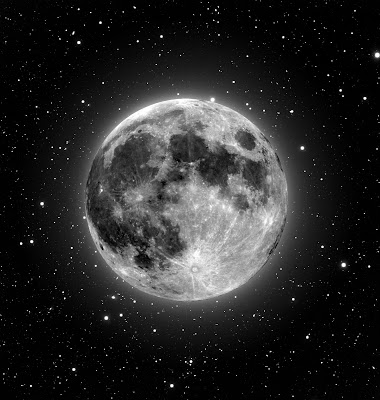 The obvious crater with

rays beaming from it in the

south is Tycho and the dark

areas are the maria

that the dark, smoother

areas were bodies of water

and gave them water body names. The maria are actually basalt

rock from massive lava flows ending circa 2 gigayears ago. In a

Before the telescope, various images were thought to be seen on the

Americas. I can sort of see the Rabbit actually.

in 1969: this mare is left of the center line at a mid-latitude. 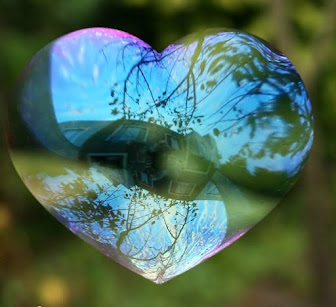 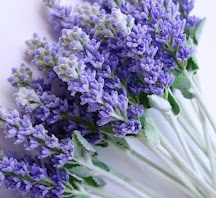 Spider web in the rain 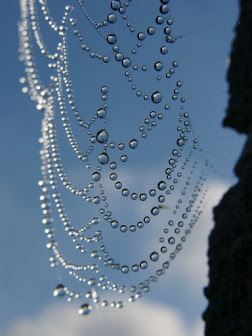